Tucked sedately twixt Hastings and Eastbourne sits Bexhill on Sea, self-effacing, facing the Channel with calm equanimity. The jewel in its crown a mighty white gem.

The De La Warr Pavilion is the most famous building in Bexhill. It was the first welded steel frame building in this country and one of the best early examples of the International Modernist style.

The pavilion was championed by the 9th Earl De La Warr, who became Bexhill’s first Socialist mayor in 1932.

It was decided to ask the RIBA to hold a competition to design the new building and the choice of judge was made by its president Sir Raymond Unwin. He selected Thomas S. Tait, who was respected by established architects but was also known to be sympathetic towards the ideals of new ‘modernist’ architects. The Bexhill Borough Council prepared a tight brief that indicated that a modern building was required and that heavy stonework is not desirable.

The competition was announced in The Architects Journal of 7 September 1933, with a closing date of 4 December 1933. Two hundred and thirty designs were submitted and they were exhibited at the York Hall in London Road, from 6 February to 13 February 1934. The results were announced in the Architects Journal of 8 February 1934 and the £150 first prize was won by Erich Mendelsohn and Serge Chermayeff.
– It says so here.

The original plans were to include a pool, pier and modernist sculpture, budgetary constraints prevented their construction. 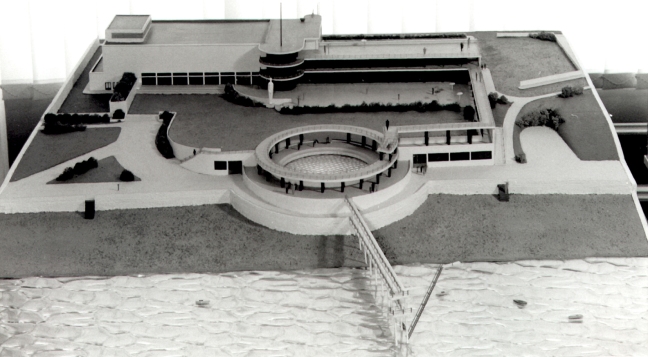 It has seen periods of growth and decline, but now sits happily maintained, used, loved and listed, a broad toothy grin in the face of a sometimes malign marine climate. 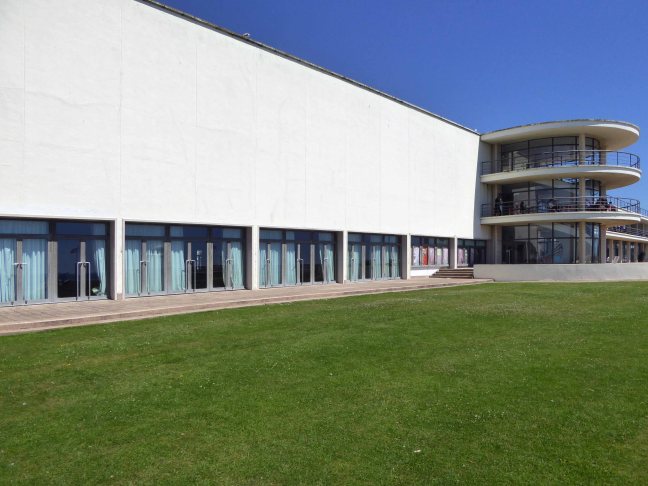 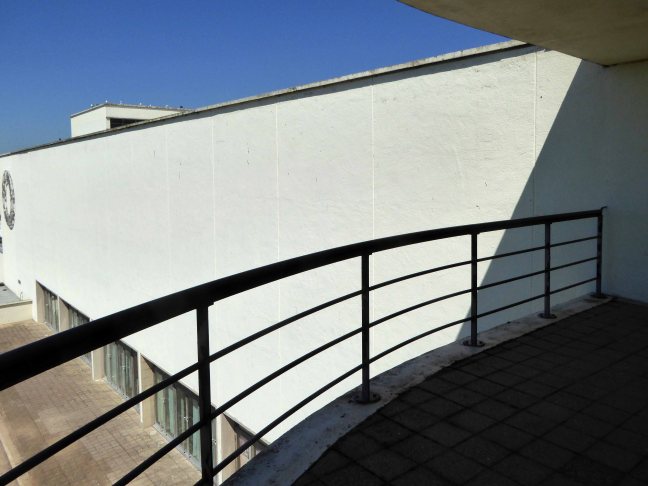 Its exterior is no less enthralling, simply jam-packed packed with sweepingly elegant period detail, now lovingly restored. An expansive gallery and exhibition space is host to ever more exciting art and design shows, along with a theatre and the obligatory chi-chi café, shop and restaurant.

They are having an anniversary so why not visit, buy a badge, see a show, take in the air, the view and the passing parade of waves.